Micromouse is a small autonomous robot whose task is to navigate a 16x16 maze and compete with other mice to find the center of the maze in the fastest time. The purpose of this project was to build a software tool to allow development of navigation algorithms. The simulator consists of a 16x16 grid of “cells” with walls that span from one post to another in which mice cannot escape the playing field.

At Level 0, the maze is predetermined and visible to the user. In addition, the simulator keeps track of the X and Y coordinates as it moves. The mouse has no intelligence and is directly controlled by the user with the following commands: 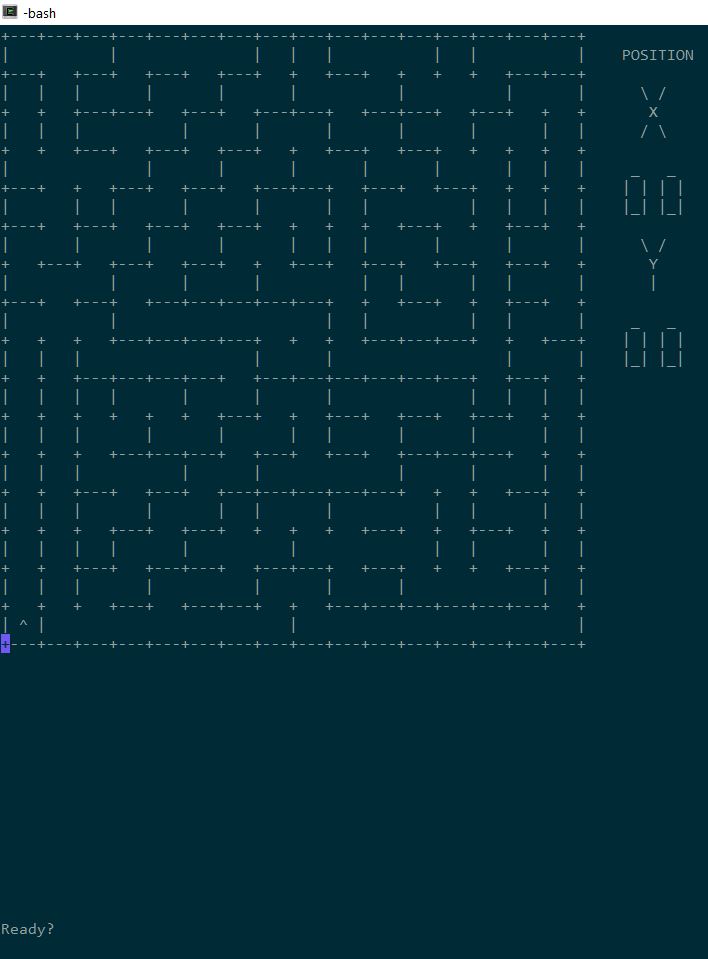 At Level 1, the user has the same movement commands as in Level 0, as well as the additional commands:

Level 1 provides a “cheat” command to reveal the full configuration of walls in the maze. The simulator keeps track of the mouse’s position in the maze and adds a count of how many cells the mouse has visited. In addition, the user has a “mousecam” which shows the mouse’s view of the walls on its left, right, and front sides. Level 1 also detects crashes into the walls and allows the user to restart at the start square. 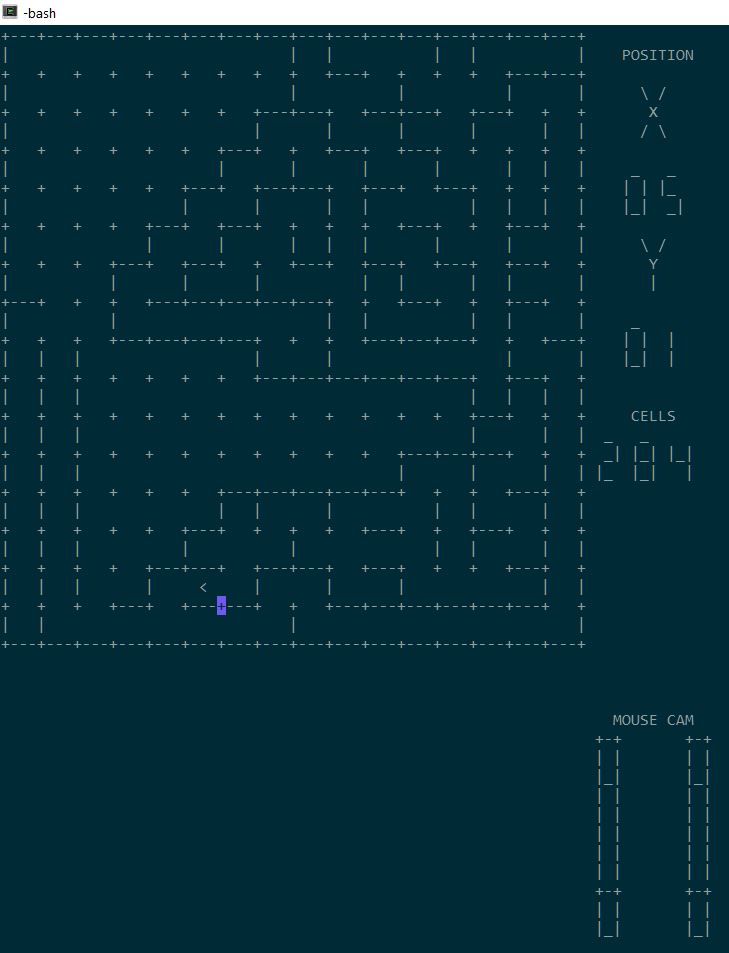 The user may use all above commands with the addition of:

This command allows the user to “peak” at the maze using the ‘m’ command and then hide the unknown walls again using the ‘n’ command. In addition, the simulator also shows a count of traversed “unique” cells. 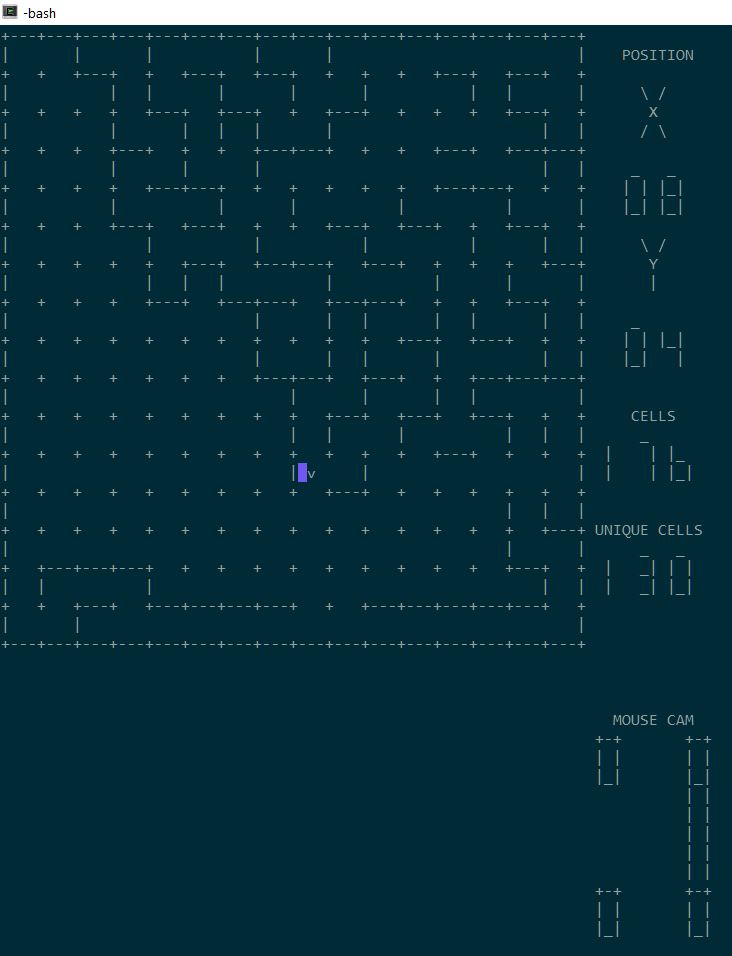 The user may use all above commands and the space command: 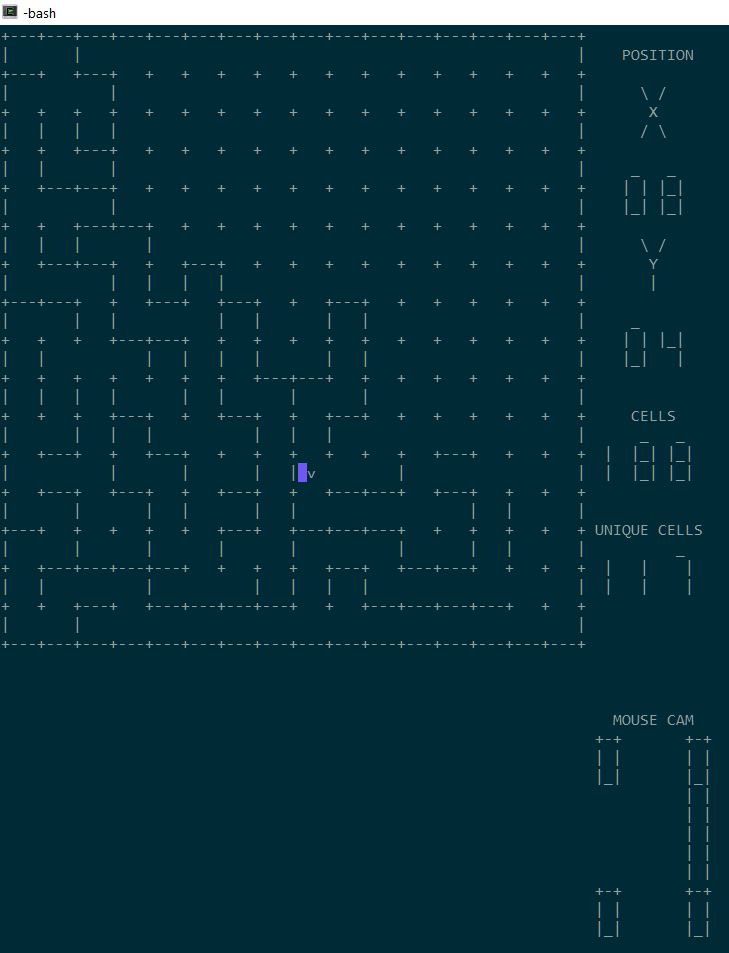